CG, your game is dying, again 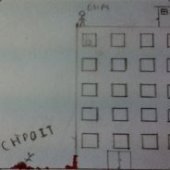