We need an alternative viewpoint 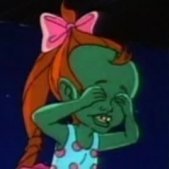 By All Your Yeahs,
May 6, 2019 in Console Feedback and Discussion