Interesting idea...well, to me anyway. 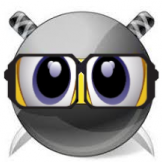 By SplodotheNinja,
April 30, 2019 in Suggestions