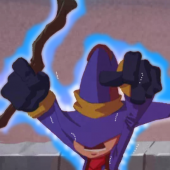 By Succ the Fabled, January 23, 2018 in General Discussion