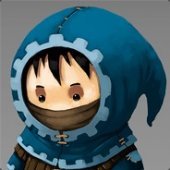 By DarkDasher, June 24, 2017 in Community Development