Why are people complaining so much about this update? 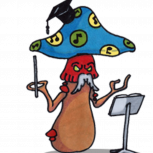 By MushroomCake28,
March 9, 2017 in General Discussion