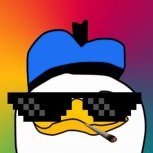 So Trendy(or whoever maintains the forums)...