Loot will need to be reworked very soon. 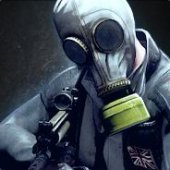 By Tristaris,
August 26, 2015 in General Discussion