The long awaited Episode 2 Part 1 PTR is here! Players who own a copy on steam can access the steam beta branch and play the PTR to help us gather feedback and find bugs before release.

We want you to join the PTR! If you own Dungeon Defenders: Awakened on PC/Steam, check out our forum post that shows you exactly how to join!

Given the Halloween nature, the PTR reward will be a RGB Pumpkin Mask Transmog, as what’s more spooky than a bit of RGB.

If RGB is not your flavor, We’ll be allowing people to collect any of the previous PTR rewards in the past. You’ll be given the choice of reward in the survey. This includes the following rewards:

So we already did a long winded reveal of the vast majority of the features coming in this update, so this post won’t be going into details but will serve as a quick overview of the contents with any changes.

The Outcast Summoner, One of the most iconic heroes joins the battle! In this PTR you’ll be able to create and try out the new hero along with all their abilities and minions. We are looking for feedback on the functionality and balance, as we are in the process of still getting Art, Animations, SFX and VFX all hooked up still. 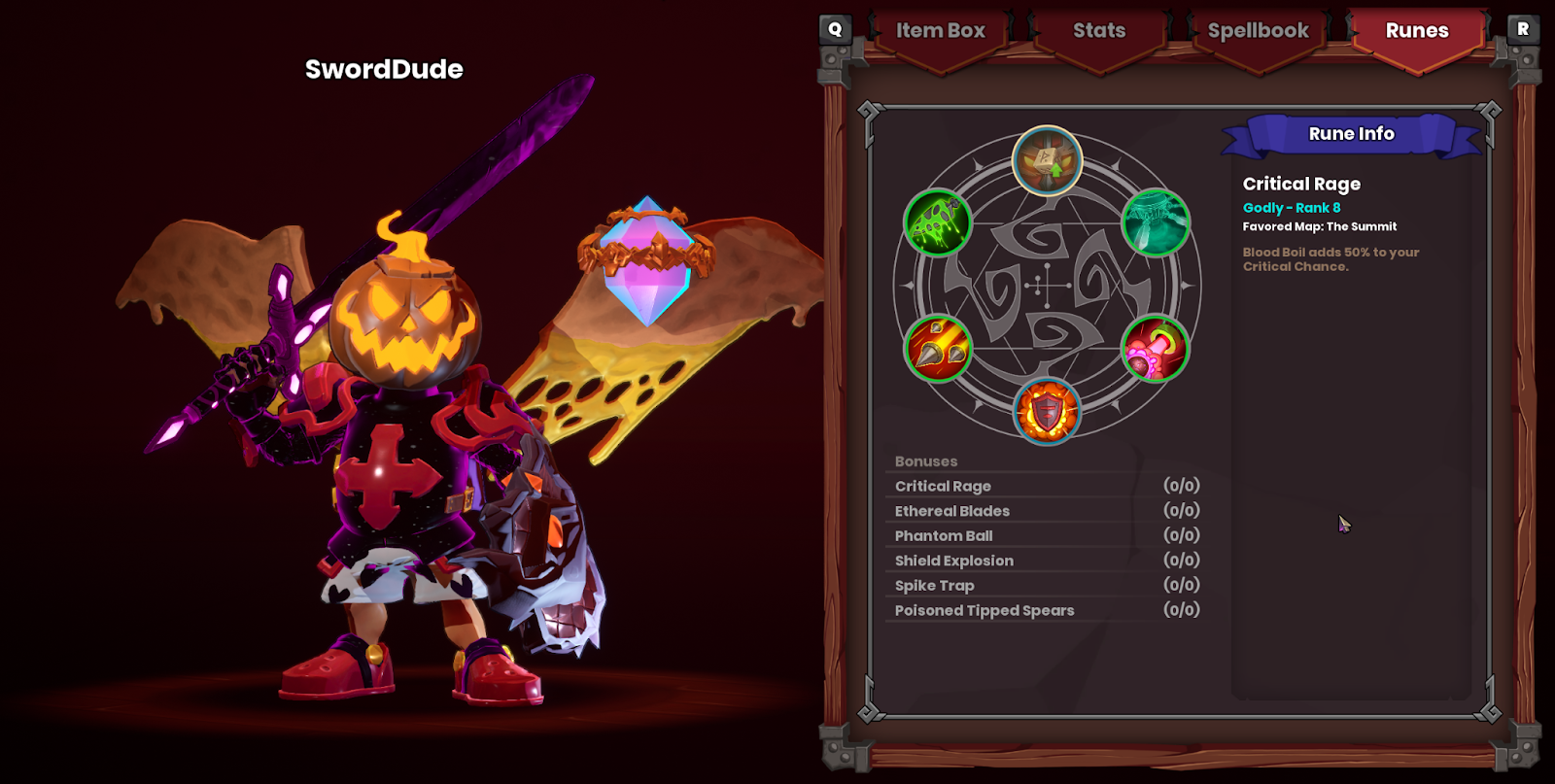 Runes are a new feature that allow players to augment their defenses in new ways! These can range from simple additions to completely different abilities. Runes can drop from normal enemies at all levels of play as well as from victory chests. Each act has its own pool of which runes drop from enemies, and each map has a smaller subset of that act pool that drop in the form of a guaranteed drop from the victory chest. You can view where a rune drops on the rune UI itself, displayed as “Favored Map”

Since the Episode 2 Part 1 post we have since changed our minds about having generic runes in the game. This is mainly because we want players to feel like they can use the special runes designed for each tower without feeling punished for not using a generic rune that just gives them more power. We just think this provides a more fun opportunity to players and lets us continue to create more unique runes rather than balance the battle between unique and generic runes.

Currently there are about 54 runes in the game to playtest, some heroes and defenses are missing runes and we will be working on getting those in as time permits or before release of the update. 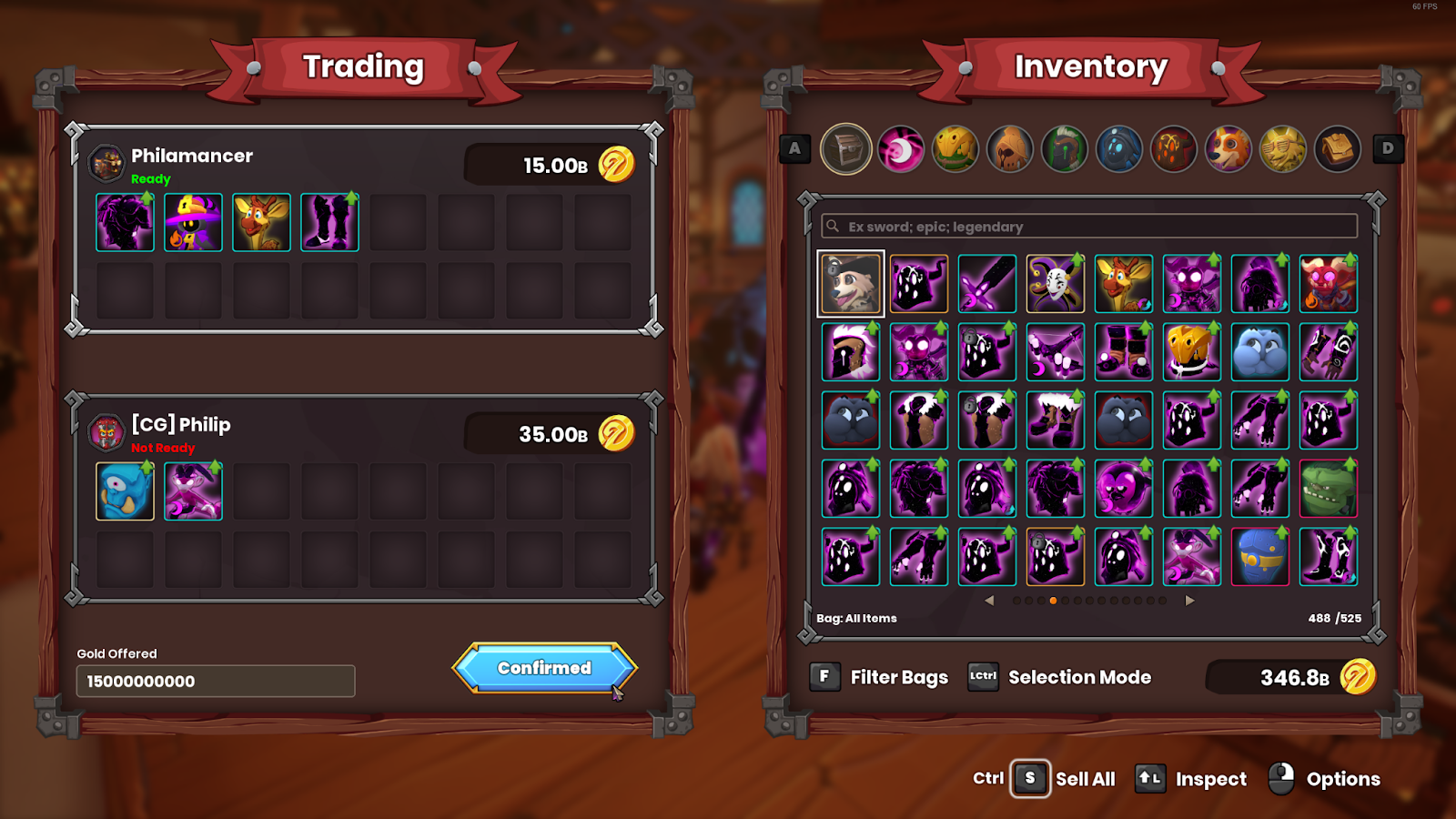 The long awaited feature is here. As described in the Episode preview post, players are able to send trade requests with one another using the party bar in the top right of the pause menu. Once a player accepts a trade request, the two players may offer up items and gold between each other and then confirm the trade once they feel like they are happy with the trade.

With the first part of Episode 2 comes 2 new maps to kick off Act 5. After defeating the Lycan King, the heroes traverse a great desert uncovering forgotten locations along the way. The first 2 maps will be in the PTR and can be played. However they drop the same quality of items that would be seen on the keep, as we are still deciding if a quality increase before the boss / bonus difficulty is worth it currently.

You’ll have to fight your way through the Bazaar in order to progress deeper into the secrets this desert holds! 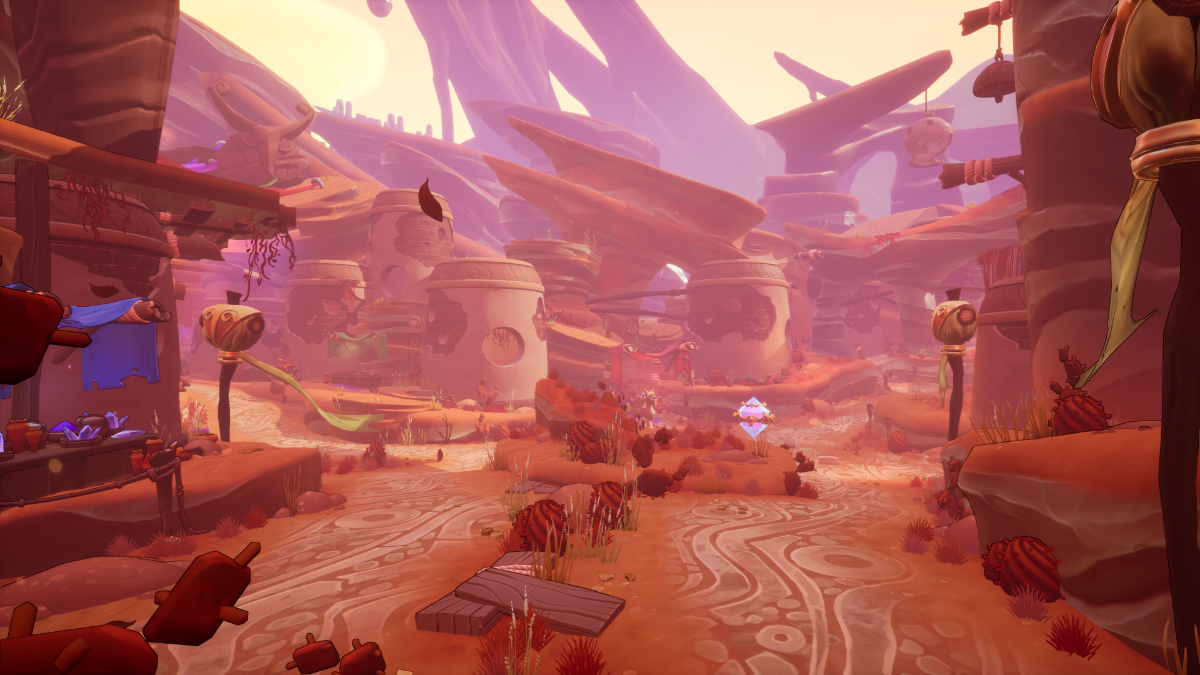 Defend your core from threats old and new in the shadow of structures from a forgotten civilization. 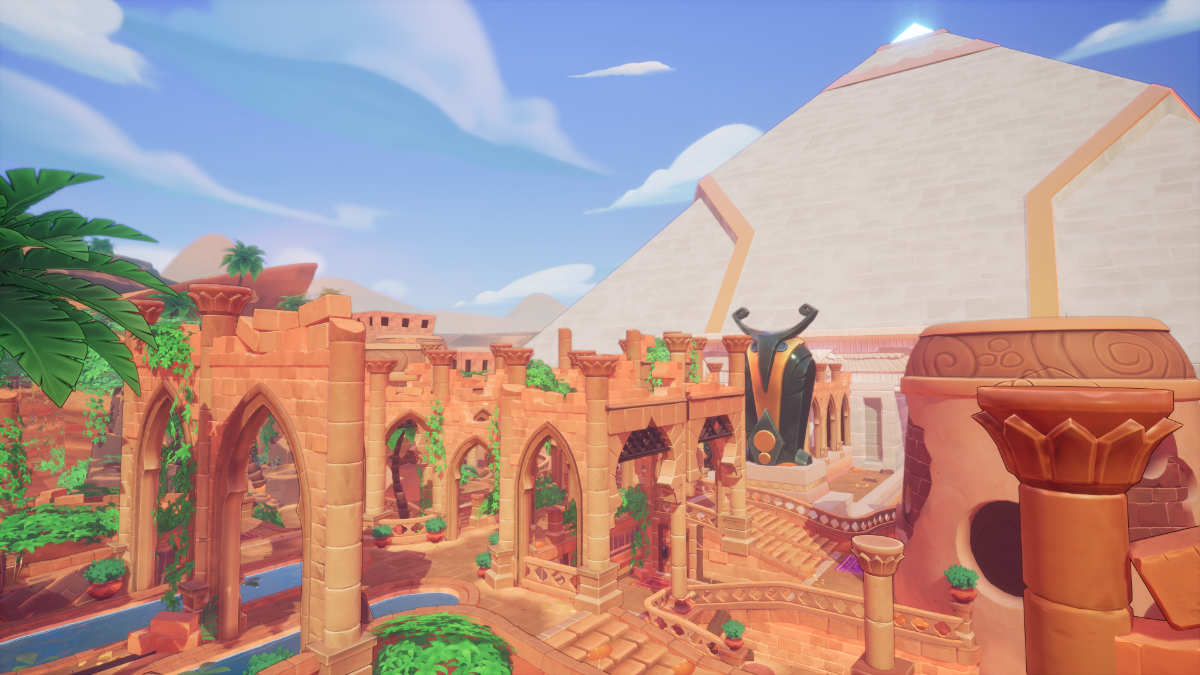 As outlined in the original post, there are 5 defense changes. The only difference between the post and the PTR is that we decided after reading feedback and playtesting that the combined Reflect field was causing more issues being the default EV defense, and as such we’ve made the original reflect field the default EV slot 2 defense. There is a rune to convert the reflect field into a blockade should you want to have that functionality back. 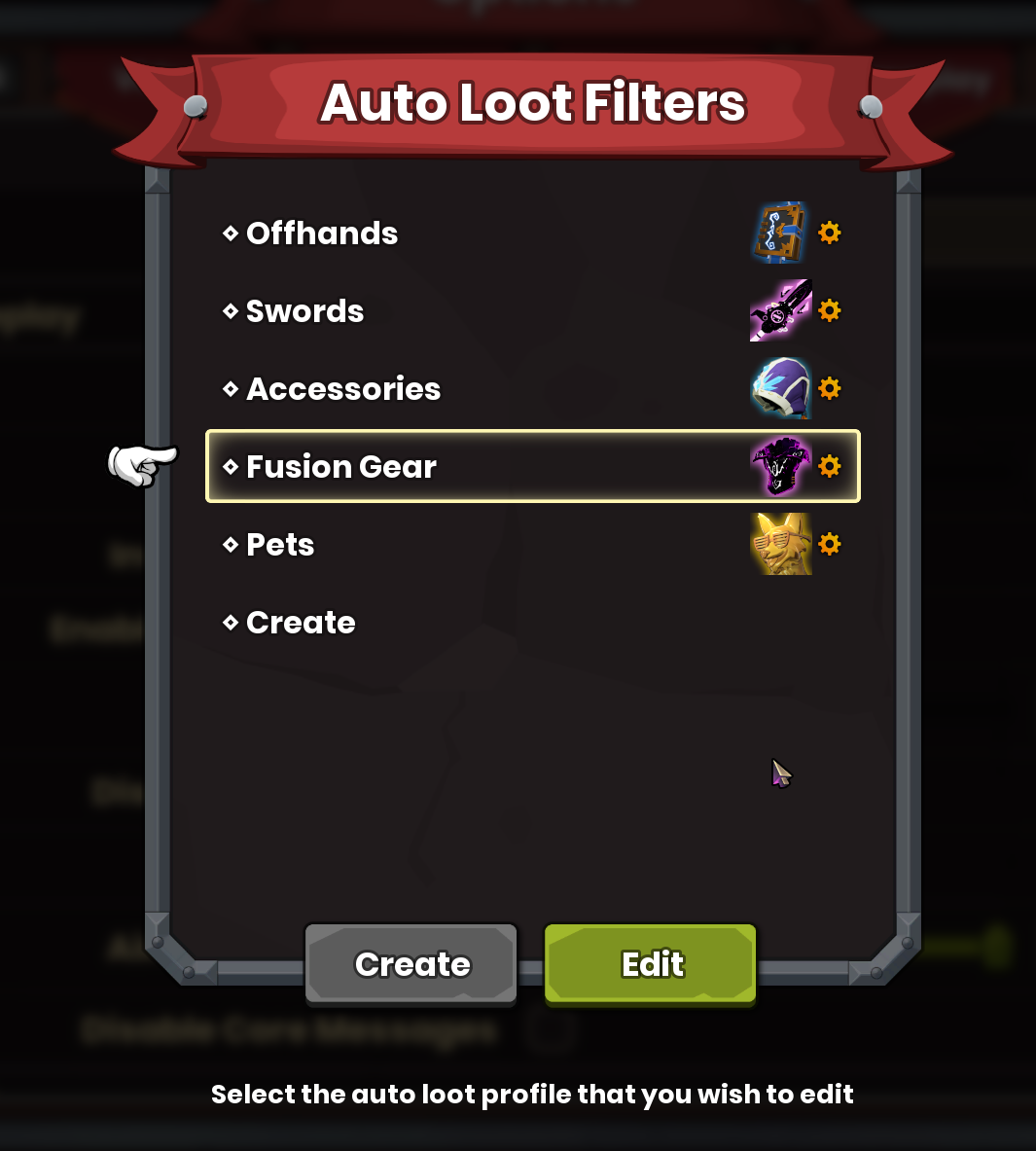 In the PTR your Auto Loot filters will have been reset. You’ll want to take some time to play around with the new system and make auto loot profiles for the different kinds of items you want to be picked up. As long as an item matches 1 of the filters in the list it will be picked up. Do note you can only have 8 filters currently. 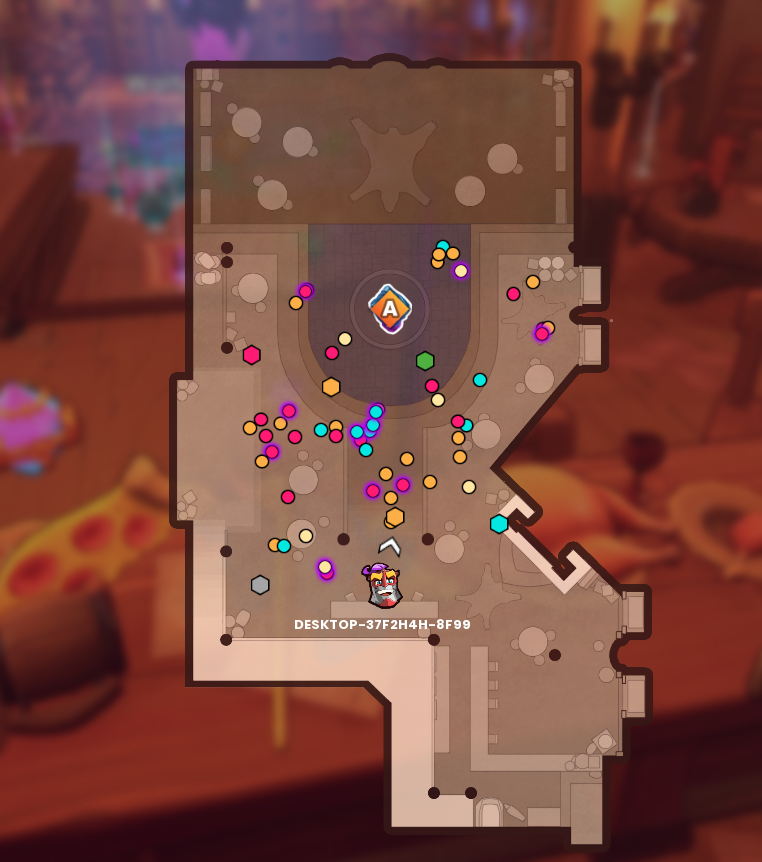 Auto Loot Filters also determine what Items get shown on your tactical map. We’ve even added a special icon for Runes, and a purple glow for any Fusion items. So make sure to be on the lookout for those.

This update is gonna bring a lot of balance changes to the game in the form of runes and other forms of balance tweaks. Due to the sake of time writing this post, There won’t be specific numbers, but will have those for the final post. Once the survey is out, there will also be questions for how you feel about those.

That said most defenses and abilities for Squire, Huntress, Monk, EV and Rogue got some kind of buff. So play around with those heroes and their defenses.

The PTR will run for about 2 weeks, during this time we’ll see how the playtest goes, make adjustments, fix bugs and continue to polish up the features. After the PTR is over we expect to take about a week or so to finalize any remaining changes and then look at releasing the update.