For the first time ever in DDA’s history we are doing an in-game Halloween event. This event will feature some new cosmetics for both login rewards and in-game rewards from the new Halloween version of Ramparts. In addition to this every enemy across the game will receive a special Halloween theme for the duration of the event. This Halloween Update is live now on PC, Xbox and PlayStation and will go until November 4th, 2022. 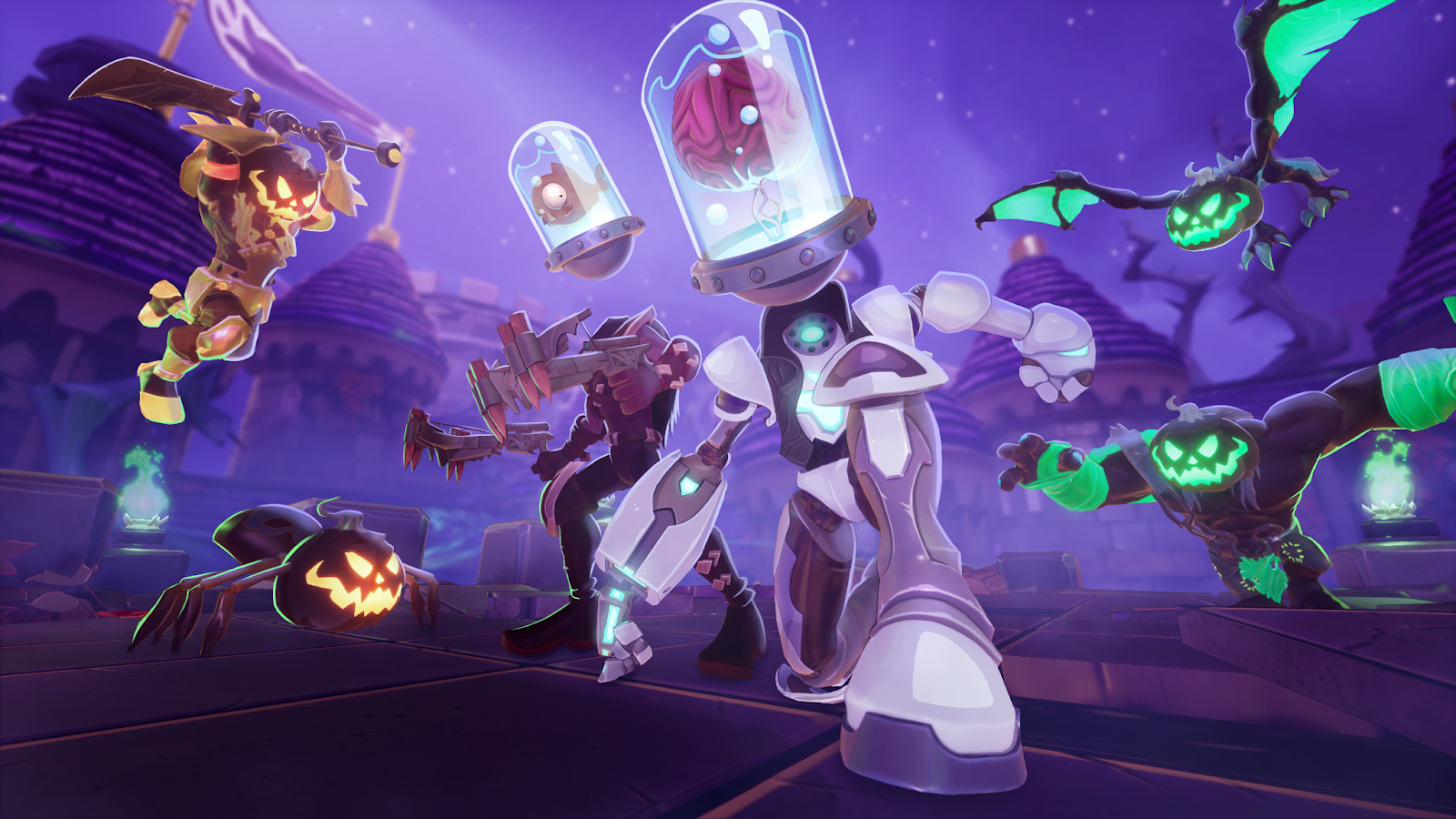 If you login between the dates listed above, you’ll unlock the following transmogs:

With the introduction of the in-game Halloween event we have remade Halloween Spooktacular from the original game. This map will feature the new Halloween variants of the enemies permanently even after the Halloween event is over. It also has new lanes and an additional core to defend. 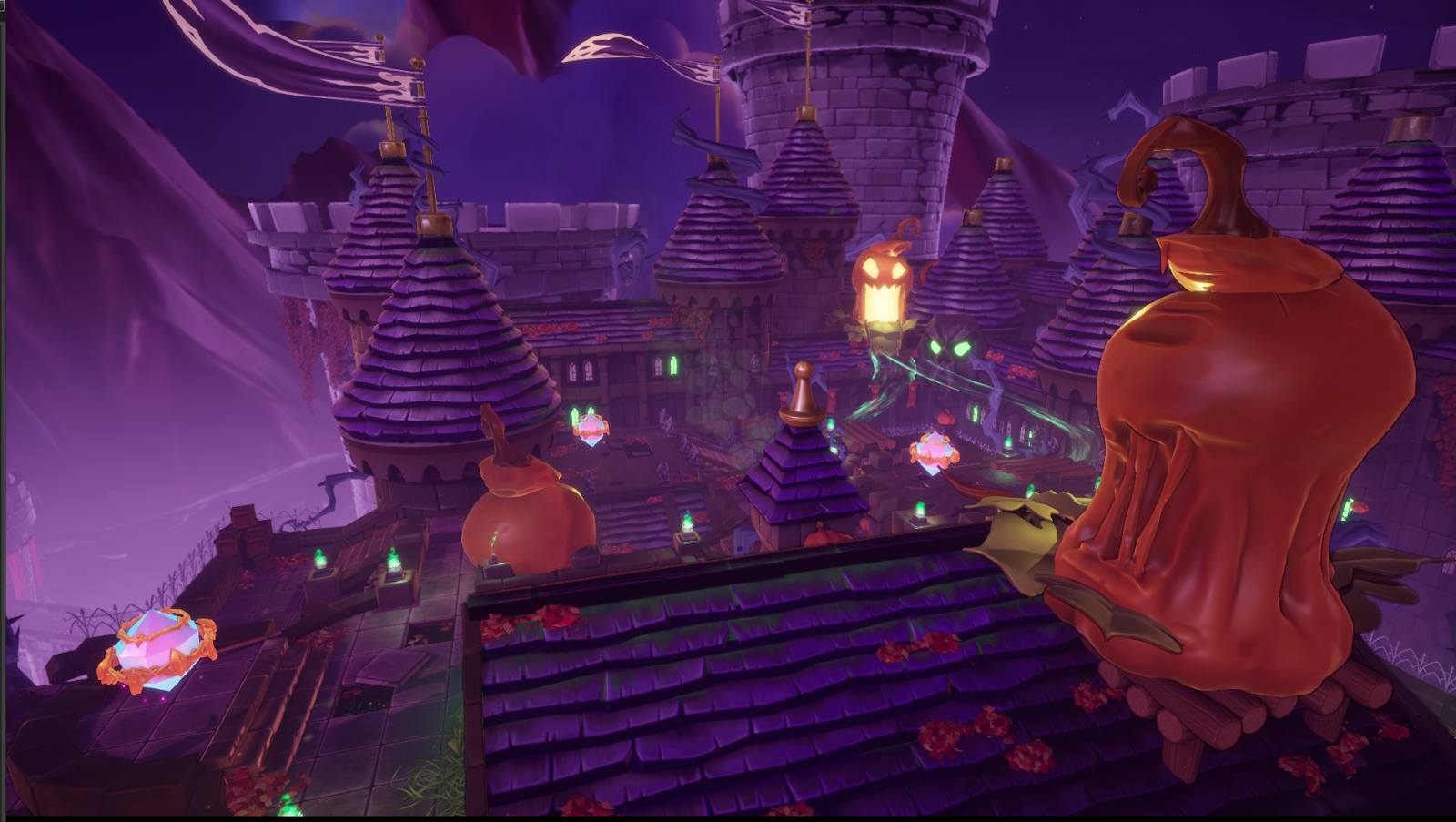 Completing the map will give you a Brain in a Jar Mask Accessory as a guaranteed drop, but for those out there that prefer a bit of gold to their look there will be a very low drop chance version that allows you to unlock the golden transmog variant of the Fish in a Jar, Brain in a Jar and the Hallow's Evil Grin Mask. The golden variants will only drop on Massacre though, be warned it can be very challenging for those just breaking into to Massacre.

This Halloween event brings spooky variants of each of the enemies in the realm of Etheria. All across the game these enemies will spawn for the duration of the Halloween Event. Afterwards the enemy skins will only be present on the Halloween Map which will stay once the event ends. 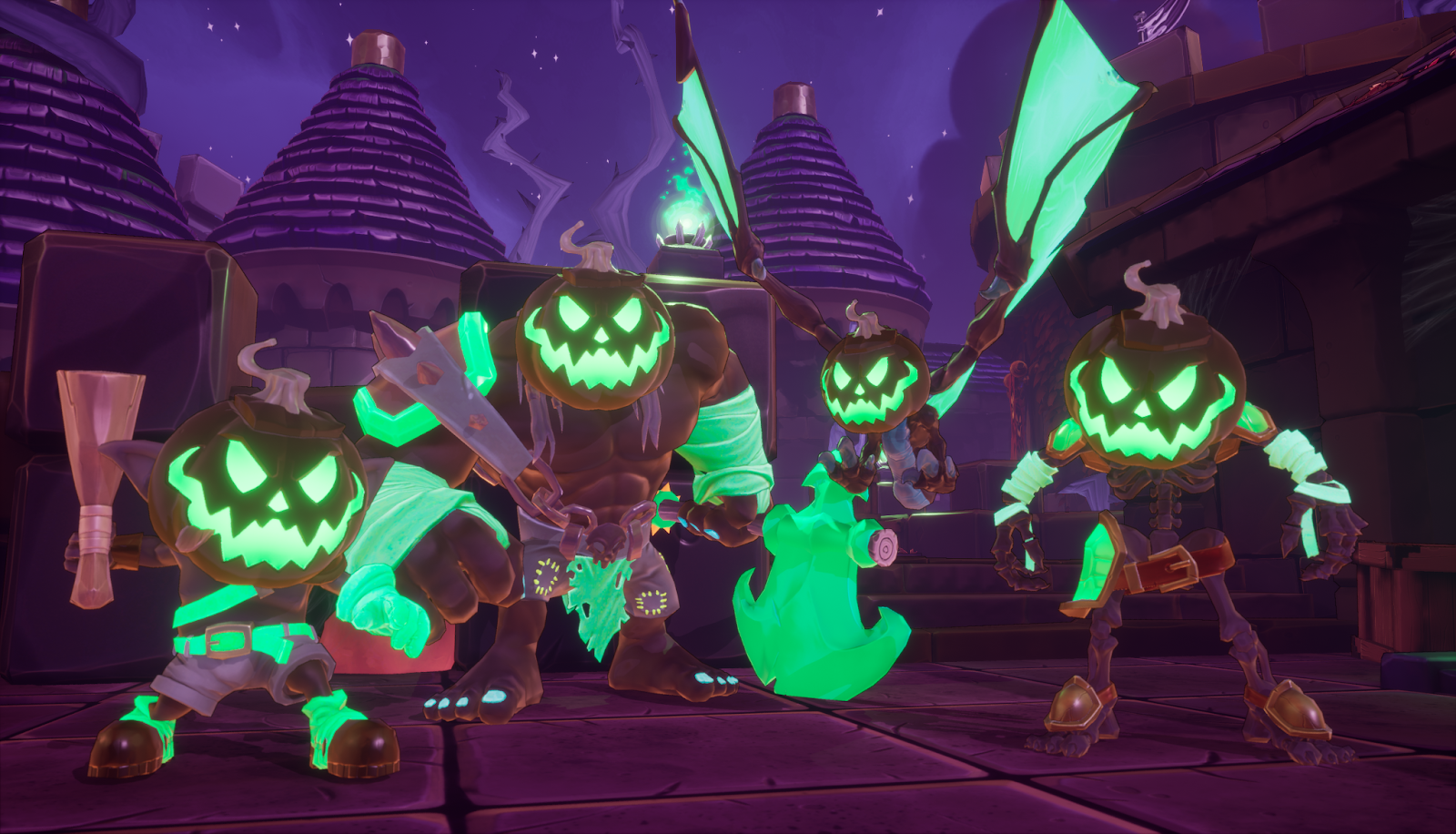 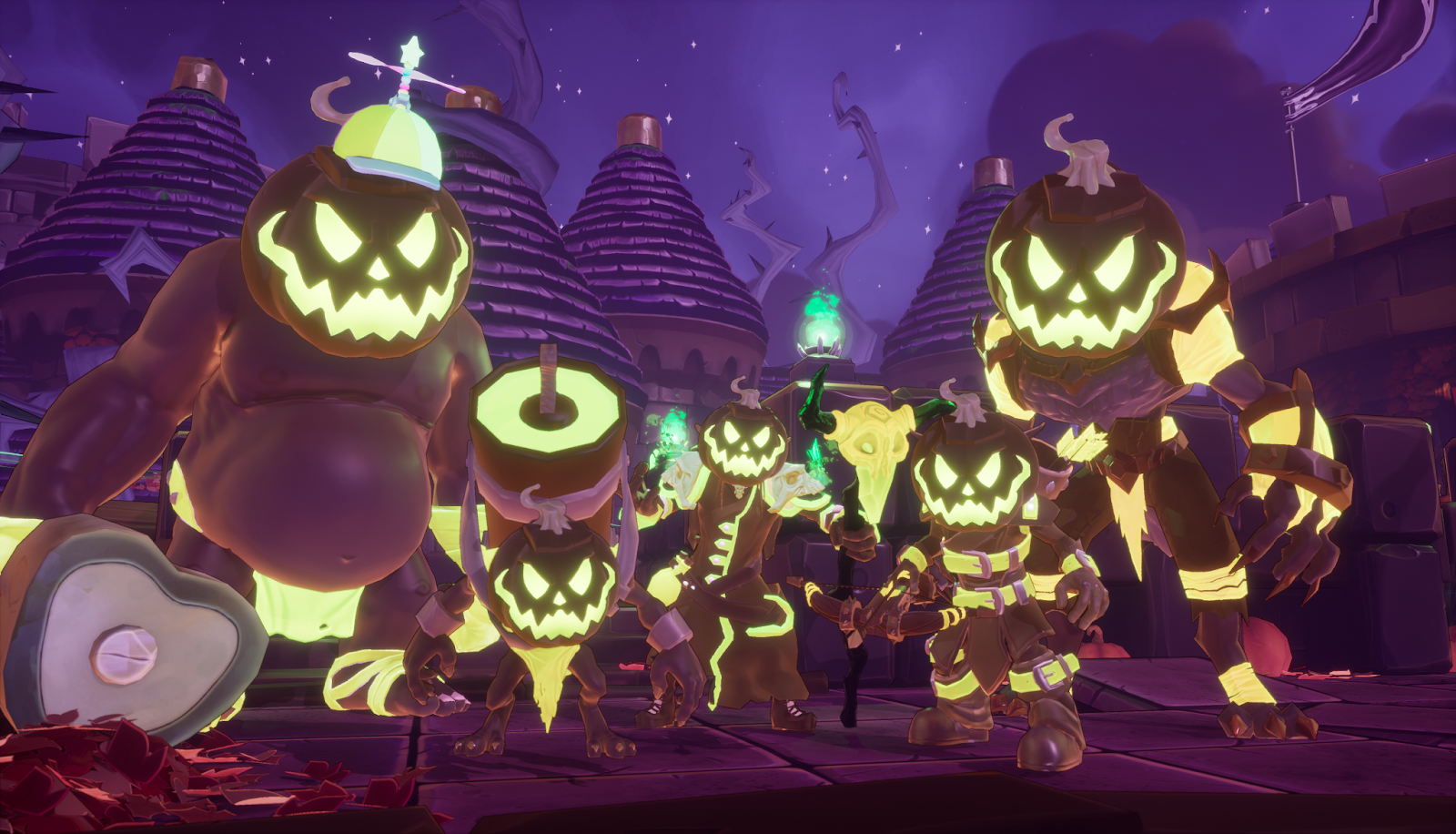 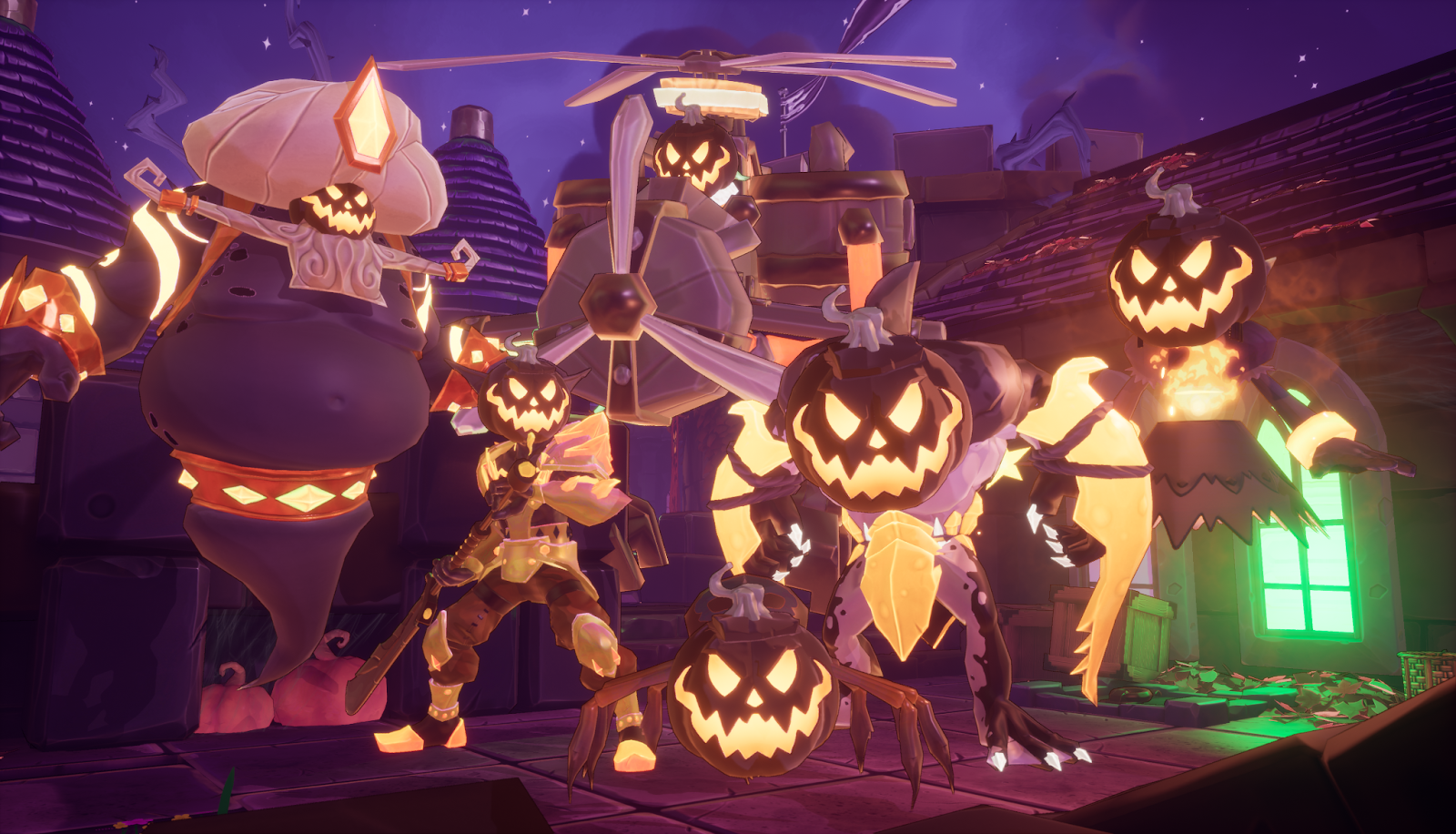 Well with the Halloween Event now released, our next stop is the Episode 2 Part 1 PTR which will begin on October 28th. This will feature the Outcast Summoner Hero, 2 new maps, Runes, trading and more! Check out the full post talking about these features. Additionally if you are looking for DD2 news, check out the DD2 Halloween Event and Development Update Post coming out later today.