DEFENDERS,
It has been a while since the last Dungeon Defenders 1 update from the Community Development Team, which after years of high-quality content and features being developed for the game unfortunately came to an end. However, enthusiasm within Chromatic Games surrounding DD1 extends to this day, and we are super excited to announce that the game will be receiving a new light. A handful of developers have decided to return to working on a new update for the live version of the game with the help of the community again. This includes some members of the CDT returning as well as some new faces.

What you can expect from this update is similar to what you have seen previously from the Community Development Team. This will include new maps, items, bosses, and features. We are planning to add some of the content and features present or previously worked on for Redux.

We will be monitoring community feedback on the changes we make, as well as looking for new features that you all want to see added to the game. 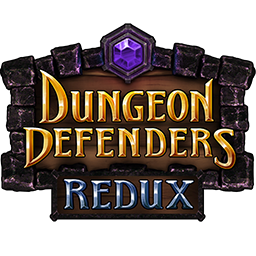 REDUX -
In the past, Redux was meant to be this new light, but it didn’t pan out the way we wanted due to the major split in communities and other issues. Redux is not going away with this new development, but the development will be paused for the time being.

WHAT THIS WON'T BE -
As mentioned earlier this project is not a full company effort and is just a tiny subset of the company that is working on this purely on our time with help from some community members. This effort at first will also be on an our time basis approach to order to not effect development in other areas if possible.

WHEN? -
So if all of this sounds enticing, you might want to know “when?!”. We don’t typically announce dates for things like this, but in full transparency, the plan is to have an update out by sometime in October with select items and features from Redux as well as some new stuff.

WHAT'S NEXT?-
If this update goes well with the community we will look at expanding the scope of our future updates with new content.. We would like to keep Dungeon Defenders 1 updates happening for as long as possible, but it depends on how the community feels about these new developments.