The Pre-Episode 2 Patch 2 PTR is now live, and like last time we need help from our Defenders to test out all these upcoming changes! This PTR focuses on more endgame as well as balancing Pets and Weapons. We aim to run this PTR for a few weeks and tweak things as needed before releasing it to the live game including consoles.

We want you to join the PTR! If you own Dungeon Defenders: Awakened on PC/Steam, check out our forum post that shows you exactly how to join!

For those that complete the PTR survey, the PTR reward will be slightly different this time around, We’ll be allowing people to catch up on any missed PTR rewards in the past. You’ll be given the choice of reward in the survey. This includes the following rewards:

For those that have all the PTR rewards or want something else, You can choose to enter in to win a set of Pizza Wings instead.

Ever felt like 25 waves just wasn’t enough? Ever wish you could keep your build and keep playing forever? Well now’s your chance! Endless survival does just that by allowing the player to keep playing after wave 25 to no end. Each wave will get increasingly difficult, carrying on potentially forever.

Item quality will stay the same as wave 25, as this helps to avoid too much power creep. Every 5 waves we will reward players with a Map Victory chest, which will contain the same item rolls and potential as that of Wave 25. Bosses will spawn every 5th wave and gain 20% each time.

Endless Survival can be started by the host pressing continue on the summary screen. Players will still be able to start on higher waves but must start on a wave after a Victory Chest. (Ex: Every 5th wave such as 26, 31, 36)

Since this is a PTR and there will be a lot of tweaking to the scaling, there won’t be any special rewards and something that will be added once we have a better idea of how far players will get.

This means you no longer have to casually play through wave 23, 24 and 25 to get to the single hard wave that challenges you and provides the loot quality you are looking for. Bonus Difficulties unlock the same way as bonus waves and are usable in the same locations. 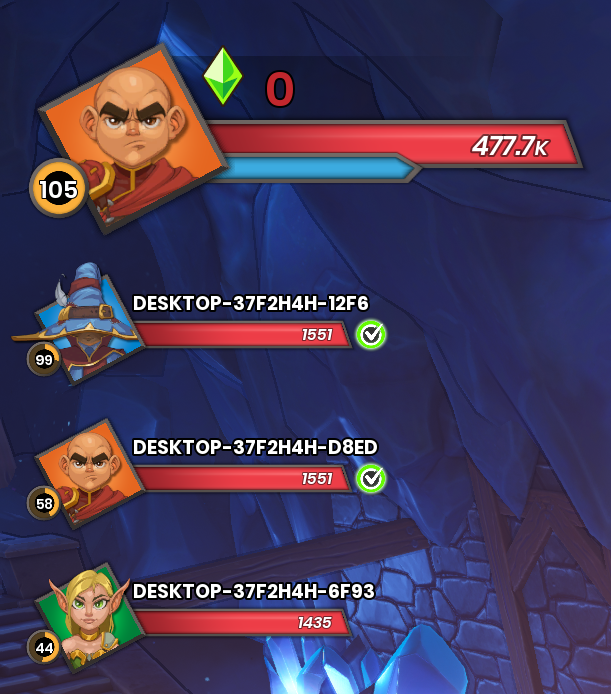 Tired of not knowing who is not readied up? Wish you could see who joined your game without having to go to the escape screen? Want to know what level your friends are?

Well now you can do all that and more! The HUD party is a way to see a quick all of that and more at a quick glance. You’ll be able to see Names, Hero Type, Hero Level, Hero Health and Ready up status.

We have added another set of 4 new Fusion pets for you to collect!

Fusion Pet Drop locations will be adjusted as well in this PTR. Here is the complete list of where to get Fusion Pets:

We’ve received lots of feedback overtime asking for changes to the attack rate caps and as such In this PTR we are cutting attack rate caps for defenses in half for PC, Xbox and PlayStation. This means towers will attack much faster than they have in the past. We’ve also removed the higher attack rate caps on specific towers like Deadly Striker and Sludge Launcher. We’ll monitor these changes over the PTR and see if any adjustments are needed. Unfortunately this is the 1 change in this list that Switch users will not receive, unless major performance breakthroughs are made.

In order to fill out the game more and work towards our goal of eventually having more gamemodes open to the player at the endgame, we’ve added the ability to play those gamemodes with rifted enabled.

This will be something we continue to expand on in the future but wanted to offer the player the ability to play these modes with rifted enabled.

Pure Strategy will not be getting a rework in this update, We decided it was best to hold off on that rework till we can offer special rewards to go along with it. As currently other gamemodes are just offer inherently better rewards and so this is something we want to address at the same time.

The goal with these changes is to provide players with more options for Pets, Weapons and Defenses. As with anything in this patch we will be monitoring this to see if any further adjustments are needed.

This is gonna be a long list so get ready!

Collecting feedback and testing, testing, testing! Make sure to fill out your survey in the PTR client and let us know what you think about the changes. Tell us what you like. Tell us what you don’t like. We expect the PTR to go for a few weeks, where you can definitely expect changes and we continue to get more information. Thanks again to our Defenders for taking the time to participate and give us feedback!