It’s about that time that we drop some news on some of the stuff that we’ve been working on. We recently released an update to Dungeon Defenders II, and before that we were talking about our PlayStation development for Dungeon Defenders Awakened, and BEFORE THAT we showed the new maps The Bazaar and The Lost Metropolis. Go over a new map? No shot, we’re getting into a new feature and some other stuff.  Let’s talk about RUNES!

Runes are a new item that Defenders can find throughout their journeys in this cursed realm of Etheria, giving even greater power to take on the foes that appear before you. Starting off, players don’t have access to runes right away. As you level, your heroes unlock rune slots to place the runes acquired throughout your adventures. Rune slots are locked on a level basis, meaning if you have a specific hero type at max level, you’ll have access to all rune slots for that hero type. 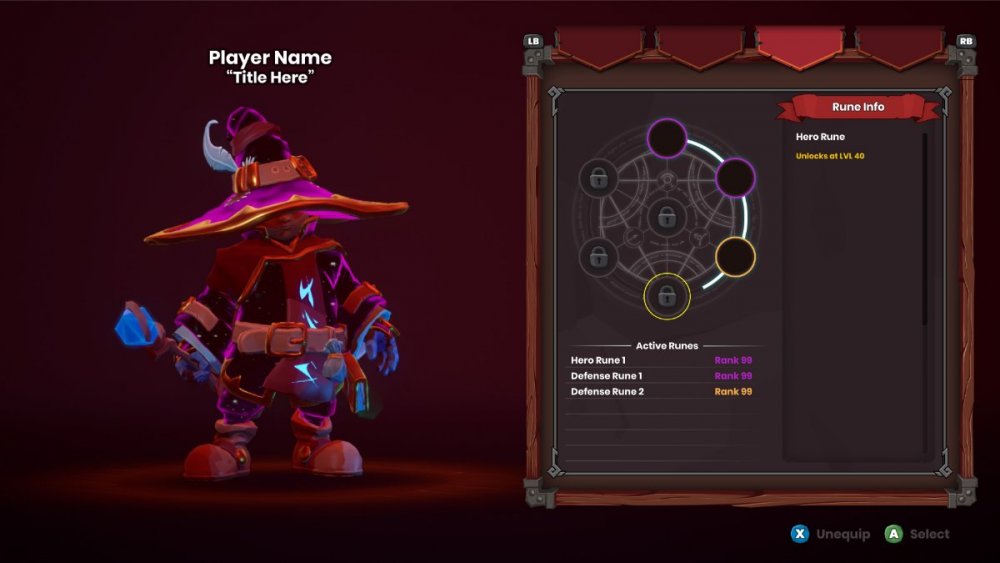 Runes are broken down into two different categories and within those categories, two different types:  General Runes and Class Runes, and they work in the following ways:

These types of runes also mimic the types of rune slots that are available. Once you unlock all rune slots, you’ll have access to two hero slots and four tower slots. These runes, when equipped, will apply to all versions of the hero that you create. This means when you set up your Squire runes, they apply to both your max level Squire, as well as a level 1 Squire that you may have created as well. (Note: runes do not affect characters within Boss Tests)

We’ve talked about types of runes, unlocking runes lots, and a little bit about how they’re applied to your hero, but how the heck do you get these things? Easy, you fight for them! Runes will  drop on specific maps, with various tiers dropping in different difficulties. The higher the difficulty, the better the rune, pretty simple. The rune available is always your highest unlock, so if you have unlocked the hero rune Vitality IX, you will only be able to equip that rune to one of your hero slots, and you’ll need to equip a different rune in the second hero rune slot. No duplications here.

This also means that playing a map on the hardest boss wave of the hardest difficulty will net you the best version of the rune that drops. As we continue to release additional episodes and bosses, this will continue to scale as well, giving you more and more powerful runes to hunt as the challenge increases. This doesn’t mean that all runes drop across the entire game, some just start dropping a lot sooner than others. 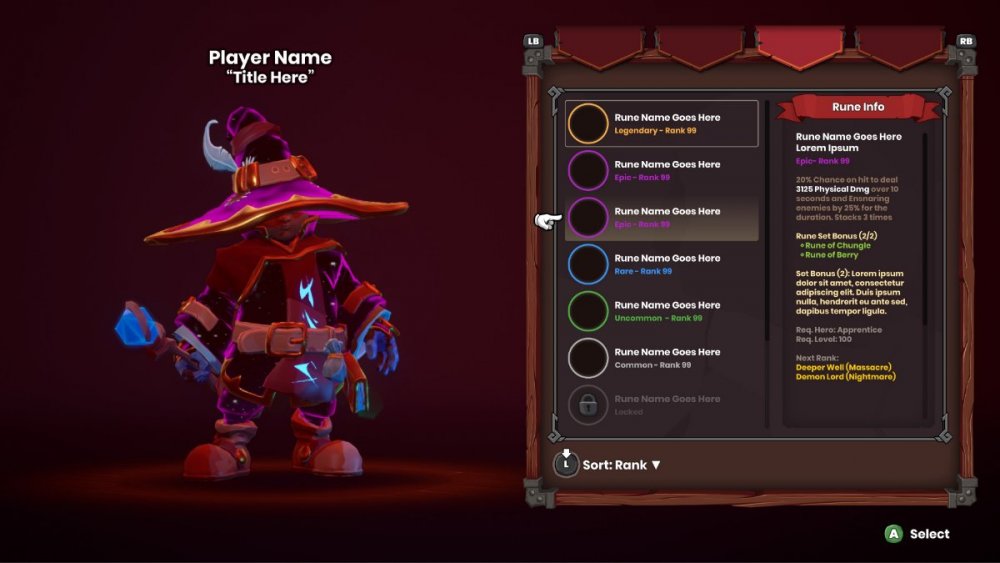 But how do you unlock runes? There’s two requirements to unlock a rune, and that’s hero class level and gold. For General Runes, there are level requirements, but they require you to have any hero at or above their required level; for Hero Runes, it requires one of the applicable classes to be at or above the required level. The stronger the rune, the higher the level and more gold that needs to be spent. Let’s say you get a Rune of Vitality III and you haven’t unlocked Rune of Vitality II. You can still unlock it by paying the cost and having the proper level. You aren’t gated by the previous runes, so whichever highest rune you acquire, if you have the gold to spend and meet the level requirement, you’re able to unlock that rune. Once you unlock a rune, it’s unlocked for all applicable classes. This means you don’t have to unlock a Rune of Vitality IX for each individual hero - once it’s unlocked on one, all classes that could use it, can use it.

EXAMPLES OF A RUNE, HELLO?

Oh yeah, you might want to know some examples of actual runes. Well first, there’s hundreds of these things across every tier, with a rune for pretty much every stat for both heroes and towers. Then on top of that, there are runes similar to some of the item effects that you see on items now (mana regen, projectiles, sunder armor, etc.) And even on top of that, there are runes for pretty much every tower and ability in the game. We’ll go over one for each of the base four heroes:

Now that was fun to finally talk about even just a little bit. Let’s keep the fun going, we’ve even got some fun general runes, so that you don’t think all the fun is had on just the class runes:

Did we list those to show specific combos that might interact with each other? Who knows, probably, or it could have just been random runes chosen. Believe what you will!

Oh yeah. If we get everything up and running proper (we ran into some multiplayer hurdles as we’ve outlined here), some (if not all) runes will be tradeable. So we guess that means trading as well if all our work with these new systems pans out. You’ll still need to meet the requirements to unlock them (gold and level requirements).

Runes. There’s a lot of info. There’s general runes, class runes, ones for heroes, ones for towers, different tiers of runes. We’re still spending a lot of time on these, so pretty much anything here is up to be changed in some way, shape, or form as we continue to develop these. Also if we’re able to get trading in, it’ll be in with this update, and you’ll be able to even trade some runes!

We’re still in our PlayStation certification process and are hoping to have a release date real soon as we squash any of the issues that Sony finds. We’re also working on another DD2 update that is going to be pretty bonkers. Maybe the next thing we talk about has to do with a hero? There’s no telling, but maybe? Probably.

Did somebody drop this?