Beta has been out for a few weeks now, and what a ride it has been! As a studio, it is incredibly exhilarating to have a ton of the hard work that we’ve been hammering away at as a studio out into the wild. Between watching streams and youtube videos; discussions on the forums, Twitter, Facebook, Steam, and Discord; the plethora of feedback that’s been provided; and just playing the games ourselves with friends and family, it’s been an incredibly awesome experience. So let’s start with Beta in general!

Beta, What is it Good For — Absolutely A Lot
Our Beta launch was something that we were incredibly happy with. When putting something as complex as a game out into the wild has developers putting on a helmet, and strapping down everything, for the potential chaos that can come with a Beta that just aren’t able to be tested in an internal environment. We launched with relatively low issues: gameplay was working at a very high degree with little bug issues; crashes were low and easy to identify; lanes performed with little issues, and our testers computers didn’t burst into flames (that was a super huge one). We were able to address crashes and tweak some things to improve the Beta experience pretty quickly, releasing four patches in a very short amount of time — SIX DAYS!

Betas over time have taken a turn in the industry to have a large range in what that actually entail. Our version of Beta was the original approach, that is getting a functional build that is very representative of the final experience regarding the core gameplay loot: build, defend, fight, and get sweet loot. A lot of things performed correctly, and the gameplay, for a Beta, could not have been better for us! That said, we have received a lot of the feedback, and are still parsing through a lot of it. Things like UI art, character visuals/faces, Survival scaling, hero and tower balance, and more are on our radar. There’s a lot of feedback that we’re getting that was anticipated, so we’ve had plans to address these things for the most part. We received a ton of feedback regarding UI visuals, and we are going to be making sure to give it that Dungeon Defenders feel. What was in the Beta was focused on functionality, to ensure we didn’t waste any work making art that could lead to wasted work. Needless to say, there’s a lot of improvements that we’re going to be making, and your feedback has been incredibly helpful to validate our plans moving forward!

Pre-order and Backing
We’ve had multiple ways that Defenders have been able to get Dungeon Defenders: Awakened. Starting with Kickstarter, which then transferred to BackerKit, and finally ending on our current store. There were bumps along the way, many we are still sorting through (note: if you preordered through Kickstarter and BackerKit, with any issues, please reach out to preorder@chromatic.games, DO NOT if you purchased through our current store, that should be done through support@xsolla.com). These three phases were part of our total plan, but the bumps were a very large learning process and we are working diligently to make sure we provide everything we can to our supporters.

One of the things that we’re going to be doing is sending out beta keys to our BackerKit supporters who purchased the $25 copy of the game. The store outlined what was included, but there was some confusing messaging going out about the BackerKit store. Our higher paying backers have had access to the Beta for a while, giving them exclusive access, and now we want to open it up to show our appreciation for your support, and also to make up for any confusing messaging that may have been sent.

We’re also offering more rewards through our newest storefront. We don’t want to exclude people who backed early from these rewards, so we’re going to be doing our best to be as inclusive as possible:

Our goal is to make sure that when you’re purchasing Dungeon Defenders: Awakened, you feel good about the purchase, and that you’re getting awesome rewards with an awesome game. You guys help make the game, and we want to make sure you know you’re valued.

Beta Late Than Neva
We’re sorry for that pun. It’s terrible, but it had to be said. With preordering and getting beta keys, the vast majority got out, but there were some keys that weren’t properly transferred over, surveys were submitted late, etc., that lead to people not receiving their keys on time. One thing we’re going to do is extend the Beta into January. Here’s why:

These two reasons alone make it very important for us to keep with our goals of being inclusive to all Defenders, and making the best game possible. We want and encourage you to continue to provide feedback. Maybe later this month, there maybe an update, maybe that expands on some stuff, and maybe fixes some issues you've reported, maybe probably maybe. As for January, we’re currently discussing adding more for players to experience, with there being a reflection of change via the feedback all of you have provided.

MORE FEEDBACK
Another thing that should be in your inboxes in the coming week is a survey to those who have taken part of the Beta. While digging through all the feedback you’ve provided, we also want to get general sentiments and feedback about as many facets of the game as possible. To that end, to make sure we’re doing the best we can, we’re going to send out a curated survey for our Beta players. By completing the entire survey, we’ll be drawing 10 WINNERS to receive our Prestigious pack, giving you another copy to use for another platform, give to a friend to join you on your adventures in Etheria, or whatever you want!

New Stuff
Dungeon Defenders: Awakened isn’t just some simple port or remake. We’re adding a lot of content, and have some big plans for future content. People have seen some of the new rewards from the Beta, but we wanted to give you a quick sneak peek at some of the awesome weapons and pets that are coming your way: 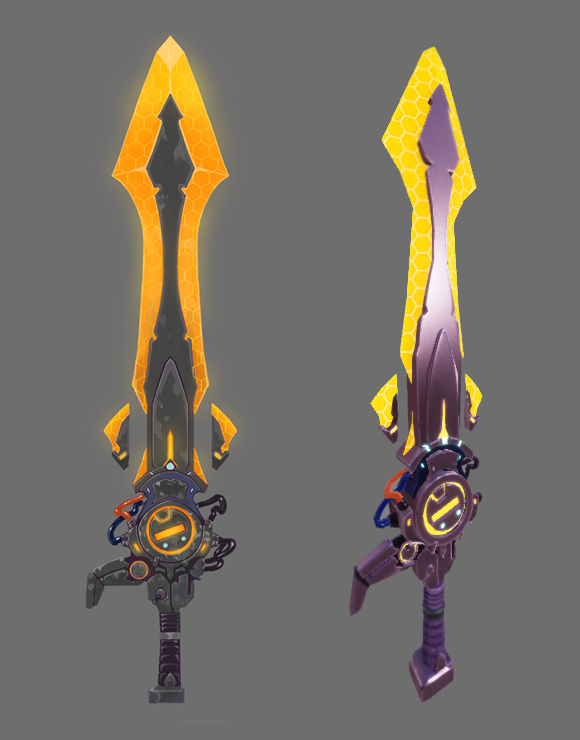 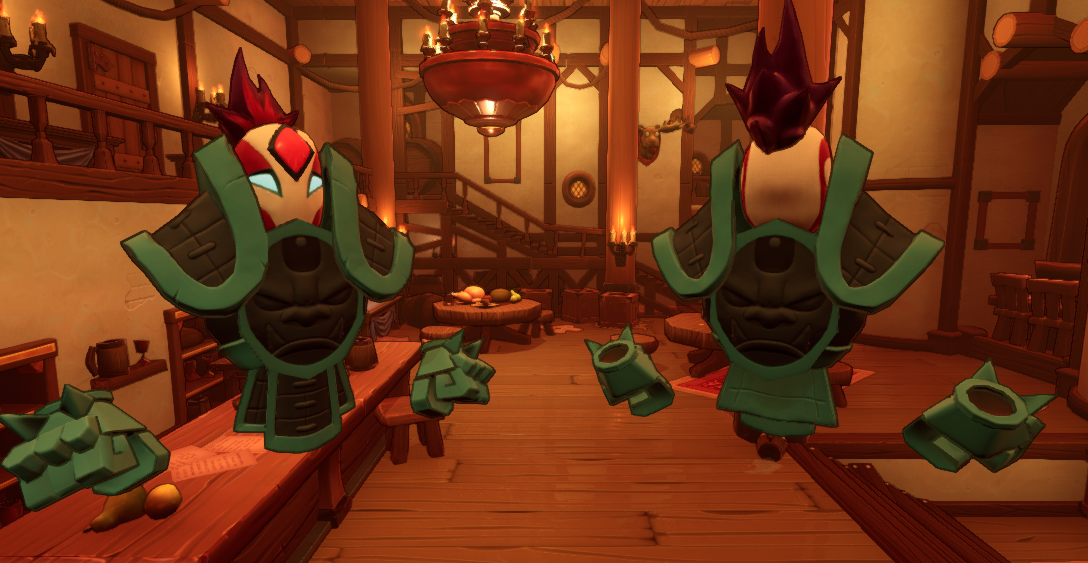 We have familiar pets coming back that many Defenders love, but we also have new pets to be earned. Currently called the Etherial Ancient, they are just one of the new pets that’ll help boost your character and pack a punch when fighting enemies.

What’s Next?
We’re going to keep polishing systems and working. There’s a ton of feedback we’re actively working through, and are going to keep up to really make the game for our GLORIOUS Defenders. Keep throwing feedback our way, and know that even if you don’t get a response, it has been seen and that we’ll do our best to address it.

When it comes to communication, as we’ve acknowledged, have not been the best. We’re working on a few initiatives internally to help bridge the gap between our community and development. We’ve also been working through bringing on a full-time Community Manager, working with some fantastic candidates. Current plans have our new Community Manager joining Chromatic Games in January, and we can’t wait for you to meet her!

Chromatic Games is going to continue to work on doing things to the best of our ability. There have been bumps along the way, and while they can be frustrating, we want to thank you for sticking through it with us, as we grow into this new studio and are able to make awesome games for YOU! <3

The entire team thanks you for trying to destroy the Beta. We’re grateful for all the tremendous feedback we’ve received so far (and more to come), and want to thank you for joining us on this journey!