Today is a big day for Dungeon Defenders: Awakened and Chromatic Games! Earlier today we were featured as part of the Nintendo Indie Showcase, which if you haven’t seen, click HERE to check it out. This is HUGE for our game and studio, helping us bring the world of Etheria to many future Defenders.

This showing also revealed something very big: A RELEASE DATE! Dungeon Defenders: Awakened releases February 2020, and there’s a lot of reasons for this, so let’s get into them by answering some questions we’re sure you have!

Why is it not releasing in October 2019?

Dungeon Defenders: Awakened is meant to be a showing to our loyal fans of what we’re capable of as Chromatic Games. This isn’t a simple remaster/remake, but bringing back the soul of the original Dungeon Defenders into modern day. Building the game from the ground up is no simple feat, and we’re pulling out all the stops to really blow your socks away. Half of the maps in DD:A are new; Assets in the game are new; all of the UIs are new; and a slew of new features to make for an enjoyable experience. Releasing in October would lead to two things: an unpolished and unrefined gaming experience, or tons of crunch that can burn out developers. As a studio, we absolutely REFUSE to release DD:A as half-baked, and as a business we don’t want people working unbearable hours (we love all our employees, they already kick a ton of butt). This meant pushing our release date to accomplish our goals, and give you the game you deserve!

“A delayed game is eventually good, but a rushed game is forever bad.” - Shigeru Miyamoto

In short, It’s the best time for us to release the game. In long, there’s a multitude of reasons. We’re able to keep cranking out content without overworking and breaking developer souls; we can release a beta that allows us time to make iterations as they’re needed; we don’t have to compete with AAA releases that would drown our marketing efforts; it’s after the holidays, giving Defenders a chance to get back to post-holiday life-ing and get hyped for DD:A release; and we could keep going. Overall, it’s best for us as a studio and better for those of you wanting a great DD:A experience. For those of you wanting a bad DD:A experience, we apologize, but we are unable to provide that.

We’re currently going over the best time for beta and letting you sink your teeth into this meaty game. DD:A PC Beta will be available Early November 2019. This Beta allows us to monitor all the systems we’ve been working tirelessly on, and getting any fixes out before the release. Any and all feedback is greatly appreciated during these testing periods, together it we get to make an AWESOME game.

This means that we’ll be releasing on Nintendo Switch and PC right out of the gate in February 2020 at the same time. What does this mean for our PS4 and Xbox One backers? We’re going to be spending extra time polishing up the builds for your platform. The release for these platforms is not very far off from the initial release, with a concrete release date coming in the near future. Or maybe we’ll NEVER release on those platforms, MUAHAHAHA (just kidding, we love all our consoles Defenders and could never hurt you like that).

Well I guess… So far we’ve been showing off some of the hotness coming in the forms of complete maps, concept art, and goblin animations. Everything here is still considered a work-in-progress, but everything is until the game’s released! First we want to show off our new Dungeon Defenders: Awakened logo and cover art (it’s freaking amazing). 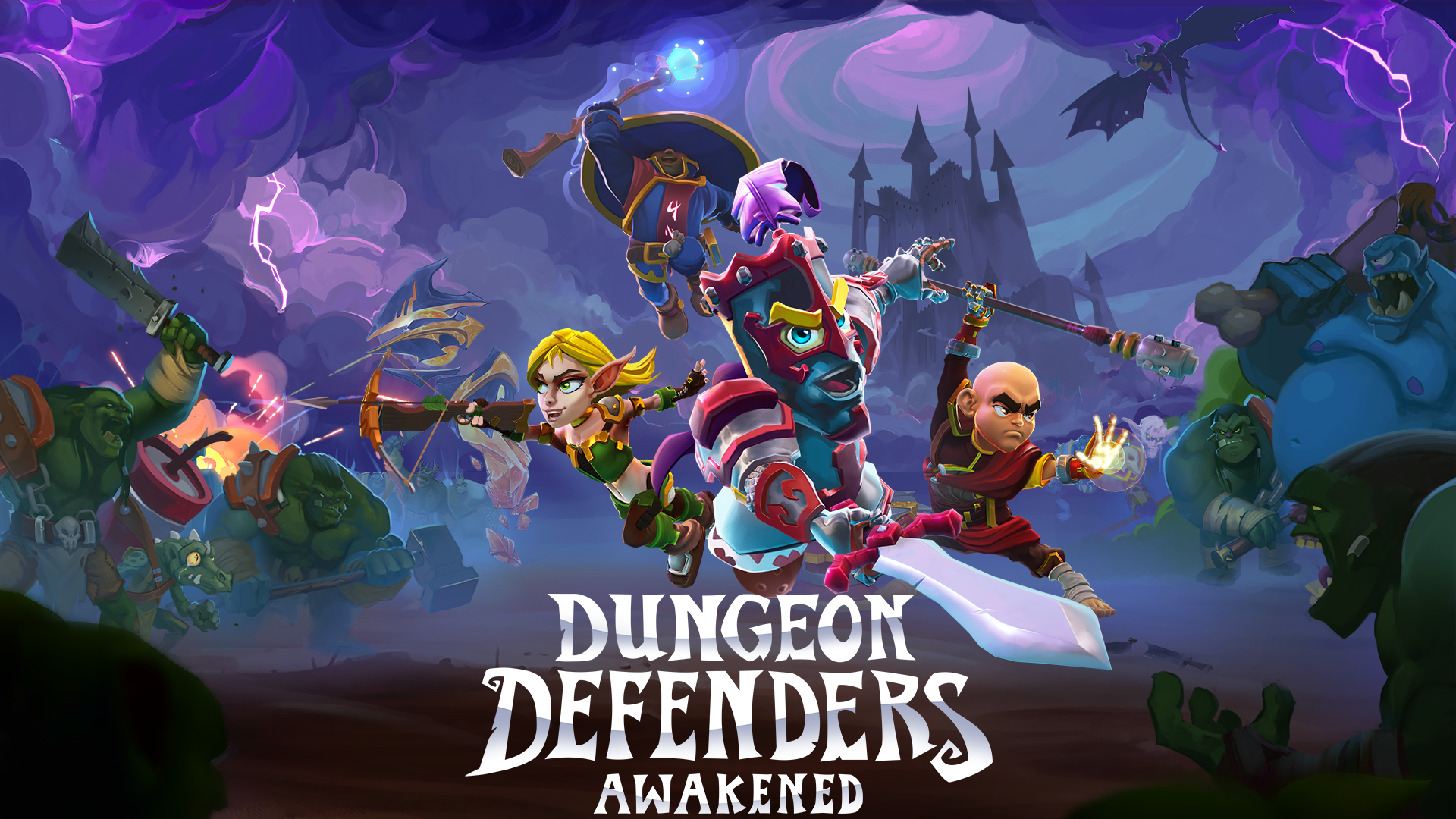 Let’s take a look at the new Squire in 3D, with his animations in-game!

Also how about our first boss map, Alchemical Labs!

The core will be in the middle, we just wanted to show off the art!

There’s that core, get back to the middle of the room!

How about a look at your favorite homestead, a place to kick up your feet and admire your loot, THE TAVERN!

That’s Sir Bubbles himself there on the wall.

And last but not least, while we’re finishing up the work on his encounter, how about a look at the NEW Demon Lord? 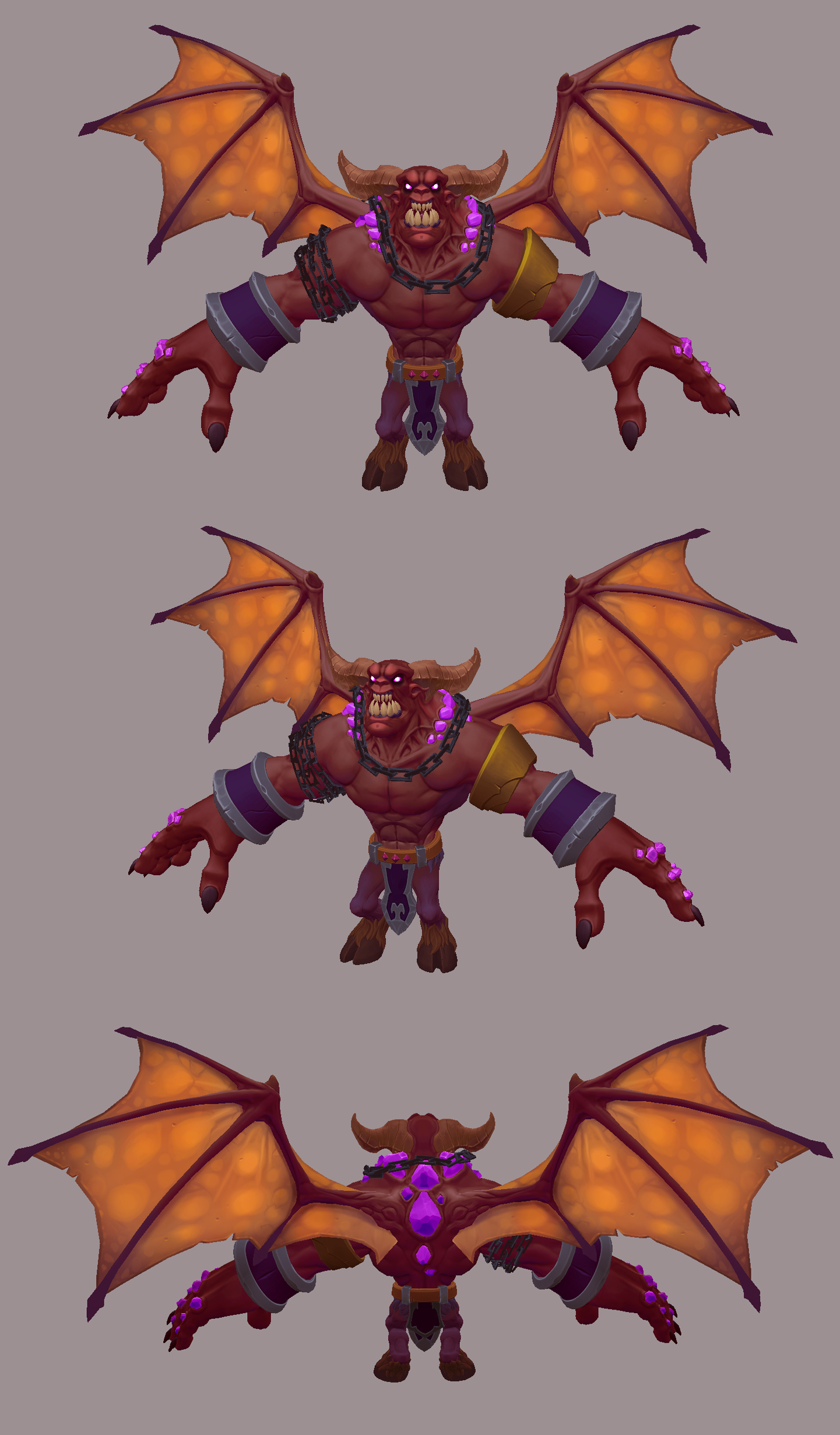 We’re going to keep working incredibly hard to get DD:A into your hands, duh! This is a giant passion project for all of us, and every day is a blast, even when we’re squashing bugs (ty QA, we love you). Regular updates are going to continue, and we’ve even brought on board some awesome help to get this info out to you! Speaking of…