All art made for games is super easy to create and we, as artists and animators, can speed through pretty much everything. We are guaranteed that anything we do will always work with the tech, design, and overall style the first time, every time.

The reality is that solid, polished art takes time. So much so that terms like “polishing” or “fleshing out” are extremely commonplace, and it is not unheard of that production deadlines be missed because of it. Thus it’s out of necessity that game animators find ways to make fast and simple versions of each and every one of our assets before we devote ourselves to the lengthy process. This is known as “iteration.”

So Many Questions. So Little Time.

When I first begin an animation, a wide range of people may be required to add their input. This is where the iterative process is most important. Designers, programmers and artists all have specific needs and desires for what they want the animation to achieve, and the number of potential problems that each individual's expertise can reveal is virtually limitless. This inevitably requires dozens of changes all around. My ability to quickly and efficiently implement those changes -- or “iterations” -- in my work can be the difference between meeting or missing a deadline, and subsequently ruining or making the day of the people further down the production pipeline. 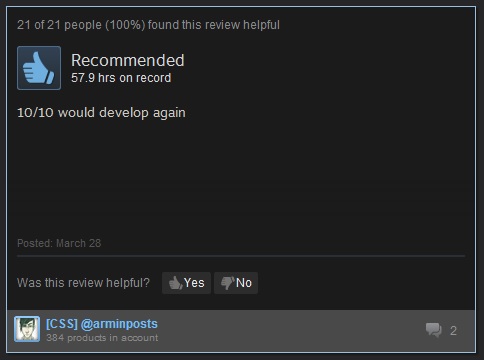 Every day is a fun day in the Game Dev business.
This is why I adopt so many different workflows, so that I always have one I can utilize depending on each scenario. In most cases, though, the process can be broken down into three steps of development: blocking, fleshing, and polish.

The blocking stage is where I establish the main poses and the timing they play on, which sets the stage for everything that follows. When an animation is blocked out, we focus on the broad strokes concept -- the essential components that communicate the desired movement.

“Too simple.” / “Nah, I don't like it.” / “I changed my mind. Go back to the other one.”
Blocking is traditionally the most preferred way of starting an animation, being that it generally allows us to work quickly while still showing off the full range of movement. However, it might not be the very best approach every time. If I don’t have a completely clear direction from my supervisors, for example, I might take a more broad approach for some animations, using nothing more than a couple of individual poses just to set a specific tone.

“It can’t be a strike. It has to be a slash.” / “Tone the arc down a little so it stays tight to the lane he is in.” / “The attack should come from a low point or a high point. Not across.” / “Thats the one. Build from there.” (Dark Assassin animations are a work-in-progress.)
Or no posing at all, but rather a path of action that the character takes, complete with the timing of their major movements. It can also mean that I have to use placeholder animations in the engine while smarter people figure out if it will work properly.

“Neat, it doesn’t crash. Now make him do squirrel stuff.”
The Illusion of Life

From these individual starting points, I can begin to develop the animation further until it is the asset you see in game.

“Blocking” / “Fleshing” / “Polish”
Above you can see the full process behind one of our new enemies, the Javelin Thrower. In the blocking stage, I was directed to push his style to a more fun place than other characters, so the movements are more exaggerated than some of our other enemies. Once it moved into the next stage, I fleshed it out by smoothing his movements into something more refined. Then I spent a lot of time polishing all the little details until he reached the point where he can feel alive on your screen. (Though not for long.)

While it may seem like a long process, the multiple levels of iteration each animation goes through are crucial to getting the final asset at the quality you've come to expect from DD2. It’s always important to maximize the conveyance of important information early on, while minimizing the time spent on it. We can never foresee all of the potential problems, but we can find ways to address them faster.

Thanks for reading! Let us know in the comments which animation you enjoyed the most and you could win a seat on the Defense Council! Want to see the finished/near-final versions of each animation presented in this blog? Check ‘em out in the comments below!

Leave a comment to get your hands on the Dungeon Defenders II pre-alpha! You have a full week to leave a comment. We’ll pick a random poster and reveal the winner next Tuesday. Don’t have a forum account? It takes less than a minute to join!

Also, the random winner of our Enemy Lane Balancing blog is going to be chosen on Friday, so there’s still time to enter!