A group blog by Dungeon Defenders in General

Contributors to this blog

Entries in this blog

The Dragonfall Winter Spectacular is now back with the decorated tavern/town with everyone's favorite Christmas tree. Sadly the Santoliches didn’t come back this year, but some new pets have migrated to Dragonfall during the holidays for you to collect as well as a new Chaos 10 Shard.

The Winter Town  and tavern has returned to dragonfall and hopefully not as long as last time! 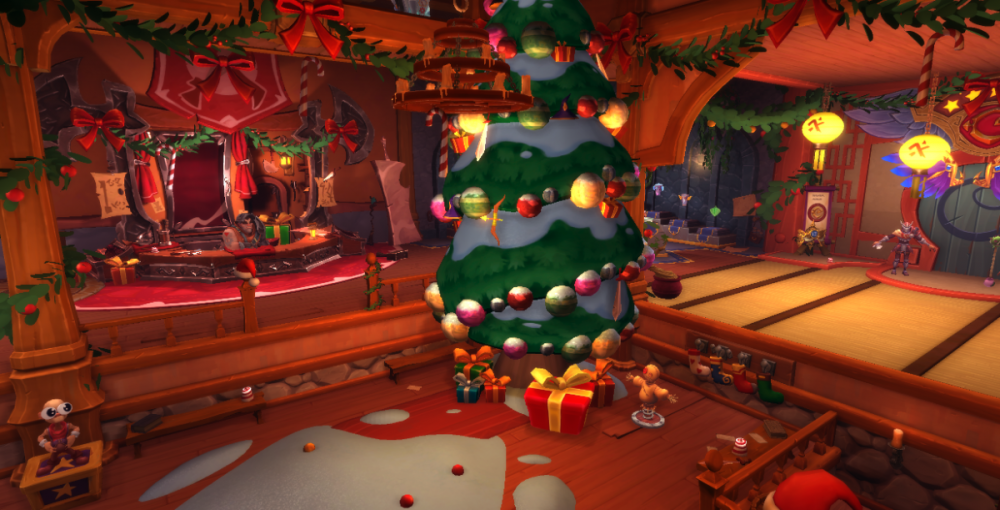 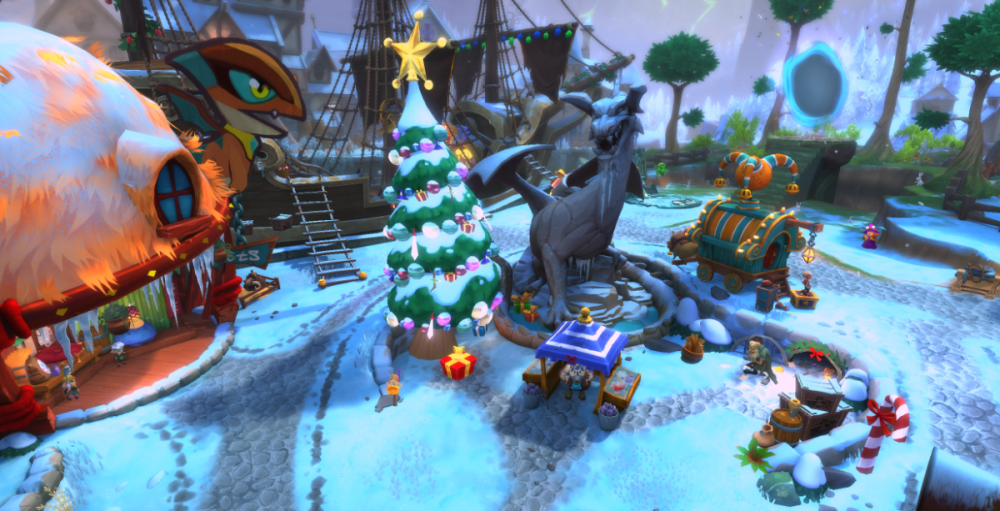 The winter tree has returned to give some winter themed goodies and pets through the daily present. 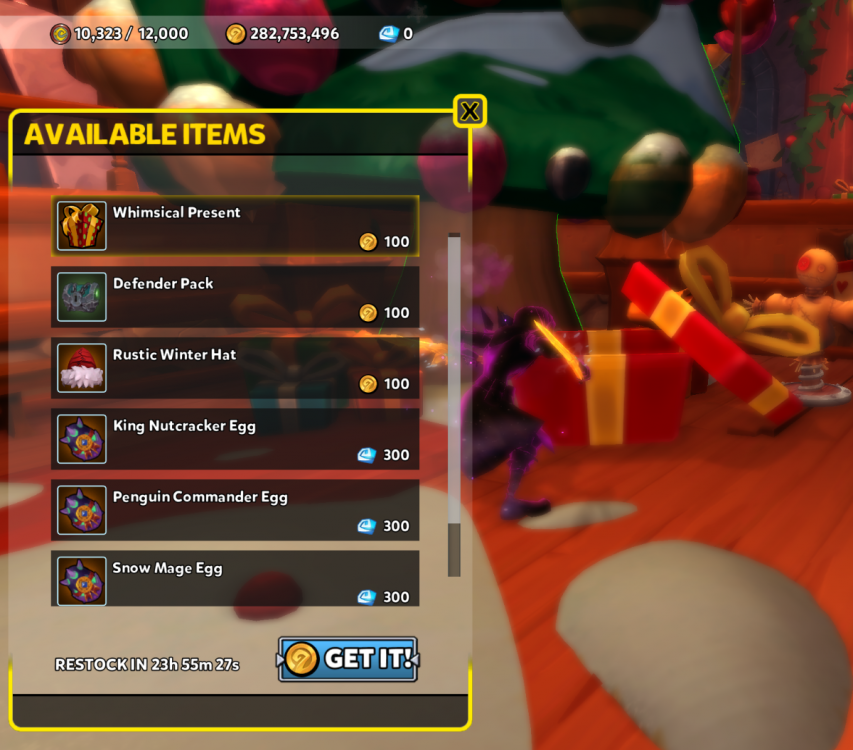 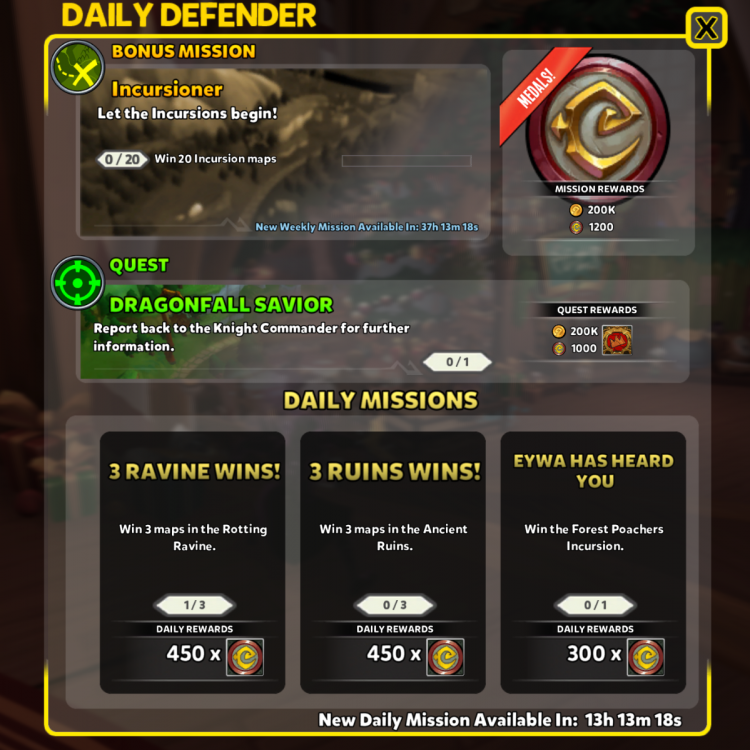 This patch introduces a new quest line for new and old players that guides them through the different game modes of the game and has rewards throughout including Gold, Defender, Medals, Shards, a free bag, and a bank slot. This questline is an excellent example of new quest lines we want to do in the future. The quest line begins where the campaign ends, with the Dragonfall Savior quest kicking it off. 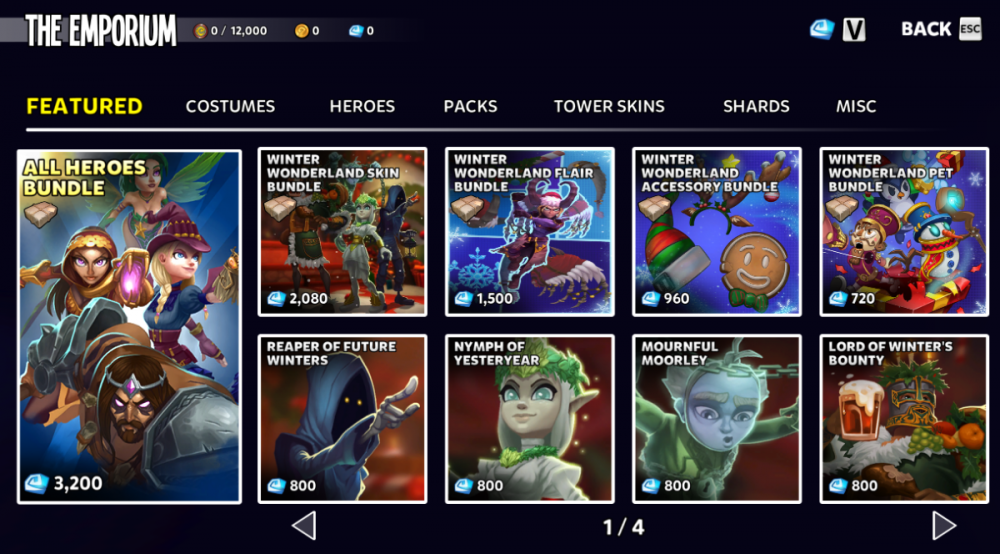 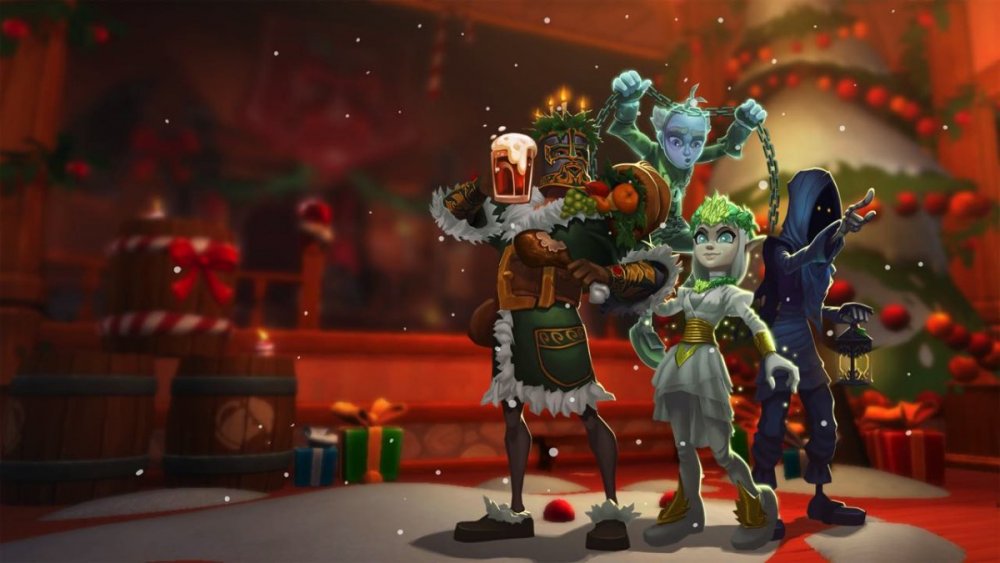